In this issue we celebrate you, our donors!

Your belief in the value of a woman’s college education attests to the vital legacy of these institutions in your own lives and a promise that young women will continue to honor that legacy. The word legacy itself suggests both an appreciative look backward and a gift to the future; your legacy at TSI is the gift of women’s continued empowerment.

As one of our scholars, Marley Forest of Wellesley, puts it, “Thank you for giving me this opportunity, this family, this lifelong army of women who, I know, will be beside me as we step forth to change the world.” When, in January of 2021, the TSI Board and our current and past scholars held a meeting on Zoom (see screenshot at end of newsletter), what we had in common— with seven different colleges represented—was the challenging and nurturing experience of education at a woman’s college. All of these young women expressed profound gratitude for the Harriet Fitzgerald Scholarship’s granting them four years of financial assistance.

It is fitting, then, that in this issue we include a tribute to Joan Jennings Howard, R-MWC ’52, who died in 2020. This remembrance, written by her children, attributes Joan’s lifelong intellectual curiosity, desire for excellence, and leadership skills to her experience at Randolph-Macon Woman’s College. Joan’s generous gift to The Sunflower Initiative truly exemplifies the powerful meaning of legacy.

Women We Have Known 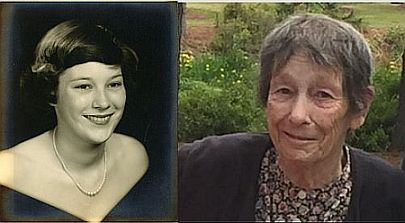 Joan Jennings Howard entered Randolph-Macon Woman’s College in the fall of 1948 with the dream of becoming a chemist. She had grown up in the laboratories of her father, who was a mining engineer, and had already become quite proficient in running chemical assays of ores. She arrived on campus with one great disadvantage that was quickly overcome with an advantage that R-MWC provided.

She had lived in small mining communities in upper New York state and eastern Tennessee during her early years, but when her father took the position of mine superintendent of a large operation in the hills of eastern Tennessee she traded down significantly in the quality of her education. She left New York after her sophomore year in high school, which was guided by the stringent requirements of the New York Regents board, and moved to a school district that lacked college-prep courses. She was fortunate in some ways even to be admitted to R-MWC; a last-minute call from a teacher to a colleague at R-MWC made the difference.

The disadvantage of her subpar high school experience was quickly overcome by the advantages that R-MWC offered, especially her professors and classes in chemistry. She would fondly recall the guidance and encouragement she received from Professor Nan Thornton, longtime chair of the chemistry department, and Professor Laura Bliss, who was in the early years of her long career at R-MWC.

The summer after graduation Joan considered her next step. She had several interviews on campus for industrial jobs, and had applied to graduate schools with the thought of following her mentors’ path. She was leaning towards going to school at a large midwestern university when a phone call came to her home in Tennessee. The man on the other end asked, “Are you going to accept our job offer?”, and her father who had answered the phone said “she will be there tomorrow!”.

“There” was the Hercules Powder Company’s research center in Wilmington, Delaware, and, somehow, she arrived the next day. One of the first impressions she made on management was when she questioned why she was making $310 per month when the other first-year male chemists were pulling down $340, especially since it was already obvious to all that she was a far superior analytical chemist than any of them. She married another laboratory chemist the next spring and by the fall of 1953 with the arrival of her first child, her professional career was over.

While she was no longer an active chemist, her life was defined by scientific rigor and curiosity. The children quickly learned not to return ingredients back to the “reagent jar”, (i.e. sugar bowl); the importance of heat flow when touching hot objects, and other topics. Her passion for accuracy and precision extended to Girl Scout cookies when she became the Cleveland Council’s “cookie manager” and was able to track individual boxes throughout the city with only hand-drawn tables on large sheets of paper, a precursor to today’s spreadsheets.

As the children got older, she tried to find a position as a chemist, but every promising interview ended when it was revealed that her husband worked in the industry, even though he was then in sales and not a technical position. She overcame that disappointment and continued her volunteer work in communities where she lived. Joan was awarded The Clara Barton Honor Award for Meritorious Volunteer Leadership for her countless hours as a Health and Safety Services Instructor for the American Red Cross, Cape Fear Chapter, Wilmington NC. She was a devoted preservationist and researcher for the Historic Wilmington Foundation. Everything was done with the rigor developed from her scientific training at R-MWC, even if only proof reading a paragraph for a historical plaque.

In her last years, Joan always described herself as a “retired chemist”. In truth, while she never made much money as a chemist, she did not really ever retire from chemistry. She led her life as a thoughtful scientist; always curious, always demanding excellence, and always acknowledging the huge debt to R-MWC she owed for helping her develop into the person she became.

Gifts in Memory of:

Gifts in Honor of:

“Thanks for your superlative gift to the world, The Sunflower Initiative!”
— Deb Wooten 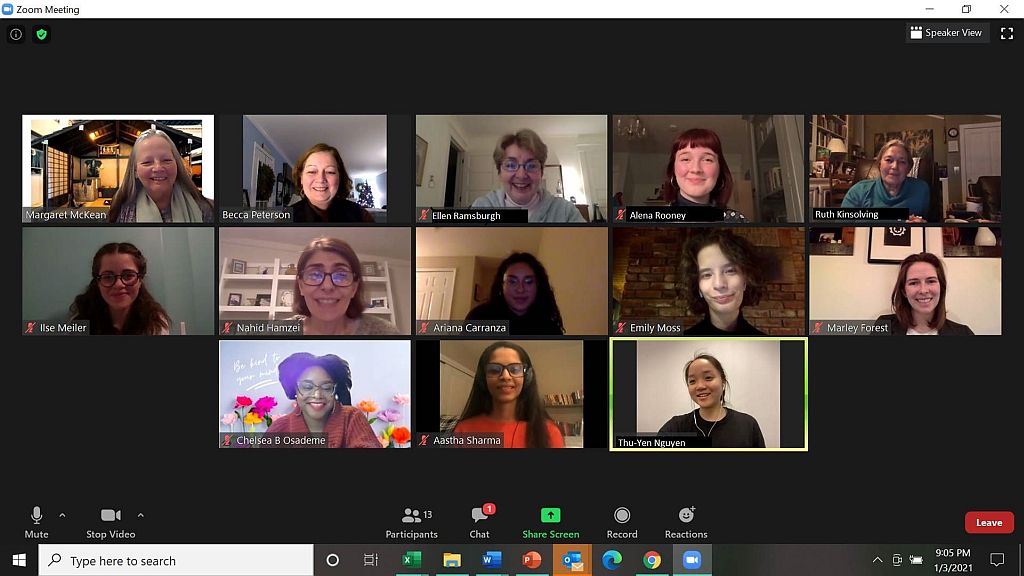